The Highlights of Eastern Canada 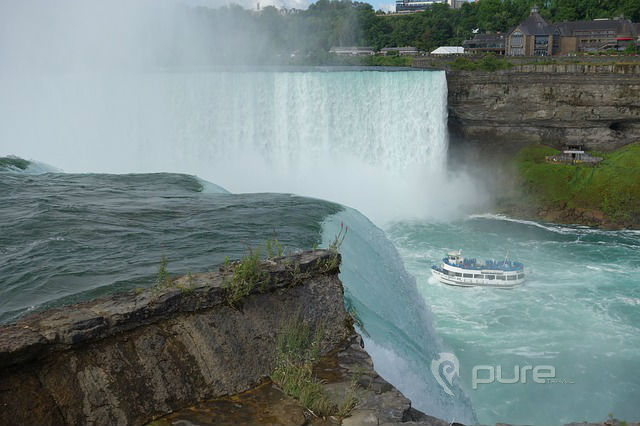 Discover the cities of eastern Canada, from charming Quebec and historic Ottawa to ultra-modern Toronto and sophisticated Montreal. Experience the natural splendour with a cruise around the picturesque Thousand Islands and see Niagara Falls up close…. After taking the included UK door-to-door travel service, fly to Toronto for two nights at the locally rated 4-star Chelsea Hotel. This 1590 room hotel in the heart of the city has a choice of restaurants, in-hotel pub, health club and swimming pool. Our Staff member Amy has actually stayed at this hotel when she visited Canada and assures us it is lovely and in a Prime location!

On this morning’s included city tour you will see the magnificent skyline for which Toronto is famed, as well as the harbour front with its shops, cafes and galleries, and landmarks such as the CN Tower and Yorkville. Your afternoon is at leisure – perhaps enjoy shopping in the downtown area.

Head east out of Toronto, along the shores of Lake Ontario to Kingston for an included cruise to see the Thousand Islands of the St Lawrence River.  After lunch continue your journey to the province of Quebec and the world’s second largest French-speaking city. Stay two nights in vibrant and cosmopolitan Montreal at the locally rated 4-star Marriott Chateau Champlain. The hotel is set in the heart of downtown Montreal.

Today travel to Quebec City for an included full day sightseeing tour of North America’s only walled city north of Mexico. Explore the 17th and 18th-century Place Royale and Petit Champlain Quarter, the Citadel and the turreted Château Frontenac Hotel before returning to Montreal for the evening.

See the highlights of Montreal on this morning’s included tour that takes in the Old Quarter. Then travel to Canada’s capital city of Ottawa, where you’ll have lunch. The city is home to excellent museums and the Rideau Canal, a UNESCO listed site. Stay overnight at the locally rated 4-star Delta Ottawa City Centre Hotel.

Join an included sightseeing tour of Ottawa, which will visit Parliament Hill, a high point of the city and home to the Parliament Buildings, Canada’s seat of government, as well as the National Arts Centre and Byward Market. This afternoon head west into the Canadian wilderness to see deep forests, sparkling lakes and traditional Canadian settlements. A highlight of the day will be the drive through beautiful Algonquin Park, home to moose, wolves and shy black bears, with a stop at the visitors centre. Spend two nights in Huntsville, a pretty town on the edge of the Algonquin Park, at the locally rated 3-star Hidden Valley Resort which sits lakeside in the middle of beautiful countryside.

Explore the beauties of the Muskoka region which is dotted with many hundreds of lakes, and swathed in deep forest. Here you can hike and canoe, as well as exploring the town of Huntsville with its log cabins and modest stone houses that date back to the late 19th century.

This morning you’ll head for for the charming town of St Jacobs. Famous for its Mennonite community, its farmer’s market, its artisan workshops and antique shops, the town was first settled in 1820. Continue along the Niagara escarpment towards one of the world’s seven natural wonders and stay two nights at the locally rated 4-star Sheraton on the Falls Hotel, which overlooks the Canadian Falls. Again this Hotel has been stayed at by our member of staff and is known to be absolutely breathtaking in relation to the views!

Ride the Hornblower Niagara cruise to the foot of the falls, weather permitting, on an included excursion. If the weather is bad, take a ‘Journey Behind the Falls’. This evening, savor panoramic views of the illuminated falls during your final dinner at the hotel’s restaurant.

Enjoy the morning at Niagara-on-the-Lake, reputed to be one of the prettiest towns in Canada. This charming town at the northern end of the falls on the shores of Lake Ontario, has period houses, a museum, fort and marina. In the afternoon, return to Toronto for your overnight flight to the UK.

This website uses cookies to improve your experience while you navigate through the website. Out of these, the cookies that are categorized as necessary are stored on your browser as they are essential for the working of basic functionalities of the website. We also use third-party cookies that help us analyze and understand how you use this website. These cookies will be stored in your browser only with your consent. You also have the option to opt-out of these cookies. But opting out of some of these cookies may affect your browsing experience.
Necessary Always Enabled
Necessary cookies are absolutely essential for the website to function properly. This category only includes cookies that ensures basic functionalities and security features of the website. These cookies do not store any personal information.
Non-necessary
Any cookies that may not be particularly necessary for the website to function and is used specifically to collect user personal data via analytics, ads, other embedded contents are termed as non-necessary cookies. It is mandatory to procure user consent prior to running these cookies on your website.
SAVE & ACCEPT